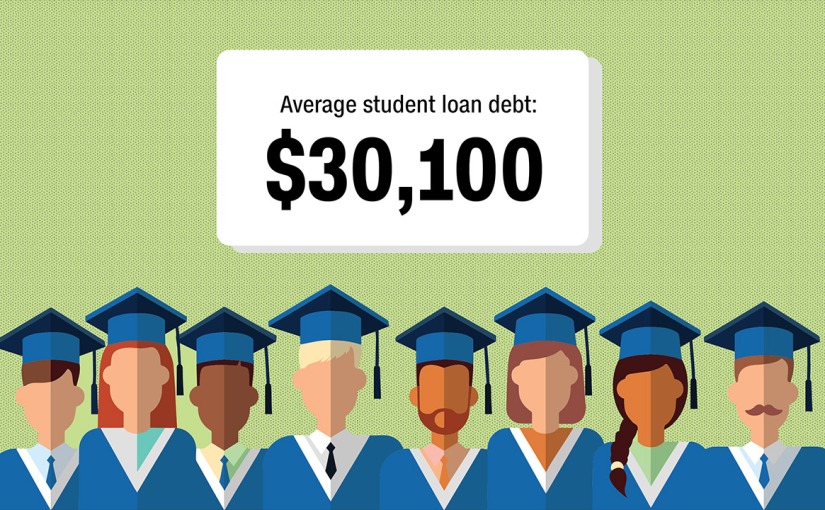 I am increasingly concerned about what appears to be strategic planning on the part of some of the 1%.  Of course the plans don’t bode well for the rest of us.  Their objective involves the systematic killing of the American Dream of home ownership to create a new, steady and significant cash flow into their already overflowing coffers for decades ahead.

Here’s how I see it:

America will always need highly educated workers and tradespeople, but the cost of a college education or a technical school is very high and spiraling out of reach for middle class families, and even more so for those close to either side of the poverty line. Many institutes, colleges and universities are well endowed and offer scholarships that defray some of the tuition and cost of living burden on students, but the portion of these costs that are not covered by scholarships and grants are still substantial.

In order to make ends meet, more and more students have no choice but to take a out student loan – the gift that keeps on taking.

When many students graduate, the value of the degrees they earned is likely more than offset by the student loans they owe. They begin their careers saddled with five or six figures of debt that is often comparable to the cost of a nice home.  In essence, they have a mortgage without a dwelling and there’s no way out of that pile of debt in less than a decade unless one wins a lottery. Unlike many other loans and obligations, college loans are not forgiven (erased) when one declares bankruptcy.  In other words, someone took great care to keep these people bottled up for several years.

I have noticed over the years that many real estate developers, especially in big cities and suburbia, are building far more apartments and other rental units than they are condominiums or “starter homes.”  I wondered why, and then considered what they might be up to.

The student-loan-laden graduates have begun to earn good money in the marketplace.  But with the equivalent of a monthly mortgage to pay off student loans before paying other bills, including rent, these folks have little if any funds to save for a down payment on a home.  The rents they pay are like a second mortgage, only they are building no equity when they pay it.  Who is the beneficiary of the equity in this transaction?  The landlords (who are often the developers and/or financiers of the projects).

This generation of young professionals and skilled tradespeople are in a tough spot if they want to eventually own a home.  Rents look more and more like mortgage payments without the benefits.  What incentive is there for these people that could make a mortgage payment more attractive than a rent payment?

Until this year, there was such an incentive. Interest payments on mortgages used to be tax deductible, but they aren’t under the golden haired wonder’s “tax reform.”  Not only did the Republicans (many of whom are basically owned by the 1% profiteers) hand over more than 80% of the benefits built in their tax reform to the 1%,  at the same time they drove another nail in the coffin of the American Dream to own a home. No 20% down payment plus no tax deduction of mortgage interest equals no compelling reason to try to own a home.  They have few viable alternatives but to be renters.

This, and the last minute packet of special incentives for Real Estate Developers that was packed into the tax legislation in the 11th hour as a reward to the golden haired boy and his ilk, is too coincidental not to stink of collusion.

Within the next 20 – 30 years in America, landlords will have enjoyed an enormous captive marketplace and a great deal of influence in the quality of life for Americans.  Their strategy is largely already in place, and until and unless the tax codes in America are repaired, they will no longer be one of the only means by which the insane distribution of wealth in America can be changed.  The “let them eat cake” attitude of turning a blind eye to financial oppression is a time tested recipe for ugly, catastrophic revolution.