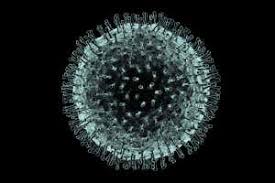 Today the planet is in the midst of a deadly pandemic, an event that will have a prominent position in World History. It will chronicle the origin of the disease, its spread, and how we deal with a long period of mortal jeopardy amongst the world’s population.

As nations integrated into the global economy, international travel barriers fell giving rise to other global modes of agriculture, artistic expression, politics, sports, finance, communication, recreation, and other activities.  The resulting commerce put many people on “the go.” Hitchhiking on unknowingly infected travelers, COVID-19 spores rapidly scattered far and wide from the virus’s origin. Once ensconced on a continent the sickness spread with no regard for political power or borders.

Clearly the nations of the world were poorly prepared to combat, control, and defeat this plague in its early stages.  This was despite years of warnings from medical professionals and research scientists that a global pandemic was on the horizon and it wasn’t a matter of “if” but “when” this potential tragedy would materialize.

Now that the pandemic is here, medical experts and politicians advise the best way to be safe and help others be safe, is to stay the hell away from one another for an as yet unspecified period.

This modern-day plague has already taken a horrendous toll in lives, grief, and psyches around the world. Death statistics are expected to worsen before they peak in several population-dense areas across America. Other regions and nations of the world are wrestling against differing stages of the virus, depending both on when the disease arrived and the local wherewithal to combat it. Timing – as to when leaders grasped the urgency to take steps to control disease’s spread – is another differentiator.

Shamefully few COVID-19 testing kits are available and breathing ventilators urgently needed by the most seriously inflicted are in short supply. While the virus has been free to blossom everywhere on the planet, its greatest hot spots have been the land of the free and the home of the brave – the single most advanced country in the world.

In hindsight it is beyond any doubt that America’s initial response to the pandemic was woefully political rather than scientific. Having shut down the country’s Office of Pandemic Planning years before, POTUS had no government experts to call on in this time of need. So, based solely on the wishful thinking that fuels his infamous ”gut instinct,” POTUS assured America in no uncertain words that the pandemic simply would never reach our shores.  When his fingers-crossed hope fell apart, he doubled-down on the fantasy with his equally-unfounded assurance that the situation was under control and that the disease would be isolated and defeated completely in a week or two.

Stumbling blindfolded with his pants around his knees he nonetheless proclaimed that his perfect response to the pandemic would be hailed as heroism in history.

Meanwhile, despite the president’s premature proclamation that test kits were available to anyone who wants one, the kits were and are still in short supply. The truth is, he made up this “fact” on the fly; one of many that existed nowhere except in his personal arsenal of FAKE NEWS.  This lie was particularly pernicious because test kits are pivotal to knowing when it is safe to lift a quaranteen in a given area. Rather than taking steps to expedite test kit production it was easier and far less expensive to give short term false hope to Americans.

His empathy is underwhelming.

Researchers are rushing to invent a safe and effective vaccine against this microscopic killer, but the most optimistic estimates anticipate one will not be available for at least six to twelve months.  In the meantime POTUS continues to stumble around.  One day he proclaims to be Constitutionally all powerful – the King and sole decision maker in the land.  The next day someone apparently pointed out to him that as King he would be primarily responsible for any and all failures in the long road back to normal. Accordingly, he spun 180 degrees and off-loaded the responsibility-laden authority to decide when and how to open the states to their respective governors.

Now both POTUS and Sargent Schultz can safely say, “I know nothing” when accountability time rolls around.

Not to be left out, long after the fact we learn that the Multi Trillion Dollar Stimulus Package supposedly passed by Congress to help Americans pay for the necessities of life during this crisis, had a hidden trap door built in. Senate leader Mitch McConnell & Co added a provision that showers nearly $200,000,000,000  onto his wealthy but in some way impoverished corporate and personal supporters.

Americans in mortal crises deserve the truth now more than ever.  How can anyone trust a president who has proven almost daily that he has no qualms about broadcasting convenient, self-serving lies? Likewise, how can anyone stomach a cynical, long time power broker who diverts funds intended for people in need to the contributors who own him?

But Still There Is Hope

One thought on “When All is Said and Done, History Will Tell the Tale.”