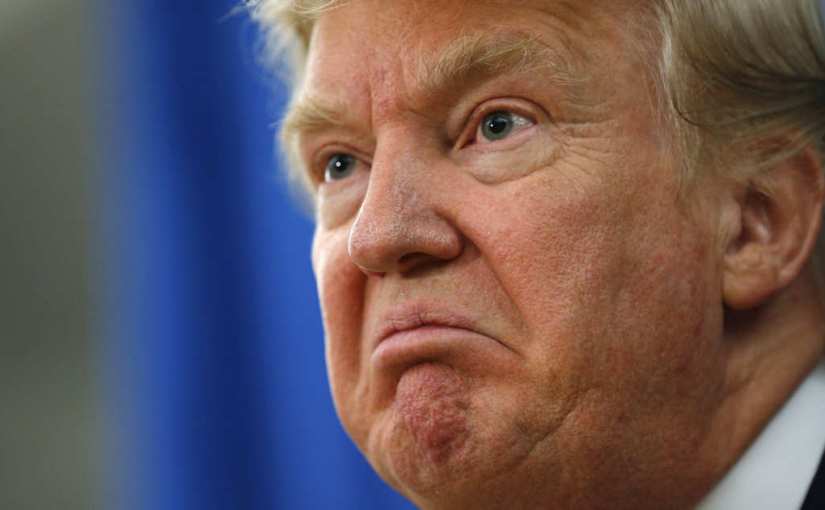 Never before in the history of the United States of America has a President of our country been an outright self-centered, evil human being.  Being an accomplished malignant narcissist, Donald Trump has never felt the slightest amount of empathy for anyone but himself.  He lies constantly and is unapologetically sadistic, like an immature and undisciplined playground bully who enjoys attaching firecrackers to frogs and other small animals just to watch them explode.  He makes rash decisions motivated solely by selfish wishes. And he usually gets away without a scratch.

Anyone who would use his bully pulpit to complain about the falling ratings of his trumped up television show, The Apprentice, at a major prayer breakfast of clerics from a huge variety of religions, is seriously demented, disrespectful, conceited, and unstable.

Summing up, we have a President of the United States who is incapable of empathy, is malignantly self-centered, is a blatant and lifelong liar, is unreliable, seriously demented, evil, disrespectful, and unstable.  He has executive powers, controls our nuclear arsenal, and in his first 10 days in office has created opportunities to insult both our allies and our enemies with reckless abandon.

So what in heaven’s name are so many people worried about?